Moana was one of the 4 who died in Ginimbi’s car accident that took place in the early hours of today. The bunny who was coming from her birthday celebrations that were held at Ginimbi’s night club, The dream.

The accident was a horrible one and she Moana and the other two friends of hers died a painful death as they burnt to death after the car exploded whilst they were trapped inside. Their seat belts ad jammed resulting in them failing to free themselves and eventually burnt alive in the car.

Some few days ago after her death a video of the fitness bunny that has been making rounds as it looks like she knew her death was near flooded social media and we posted it here. Well, it seems she had a lot of videos trying to reach out to people but we the people didn’t pay attention. Check another video as she expressed her desire for help again.

Next Ginimbi’s Will details revealed, requested all his clothes to be burned after the Funeral 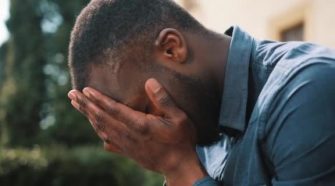 Ekurhuleni man who is still a v!rgin cries out