Democratic Alliance to decide on new leader on Sunday

‘We just thought it was flu’: Family of nurse who died of Covid-19

Thulas Nxesi in hot water after one person was paid R5.7m in UIF funds

Lasizwe wants SA to go back to Level 5 Lockdown

DJ and former Generations: The Legacy actress Thuli Phongolo has come under fire on social media after her post about maids rubbed people the wrong way and backfired against her.

The actress played the role of Namhla Diale, the daughter of Lucy Diale (Manaka Ranaka) on the soap opera Generations: The Legacy between 2014 and 2018.

The actress’s post about how her maid had stayed up till well after midnight to help her undress did not come well with most people. Writing on her Instagram stories, Thuli Phongolo wrote,

Unsurprisingly, the post caused mixed reactions among social media users with some saying that if Thuli really wants to appreciate her maid and domestic help, she should ensure that she works reasonable hours. Others accused the actress of being insensitive by actually posting this on social media.

However, other social media users rushed to Thuli’s defence saying that the actress had not done anything wrong or distasteful since her maid was doing the work of her own volition without being forced.

The uproar over how celebrities treat their maids and domestic help comes just a few days after The Queen’s actress Zenande Mfenyana was dragged for an apparent insensitive post about her help.

Next Shocking scenes from where Zim socialite and businessman Ginimbi died 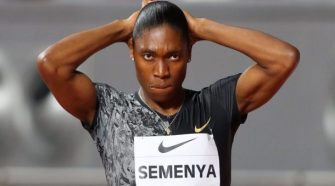