Ginimbi’s Will details revealed, requested all his clothes to be burned after the Funeral - Taxi Times

Monique Muller files for a protection order against Katlego Maboe

Actress Manaka Ranaka on her pregnancy

The late socialite and ostentatious businessman Genius ‘Ginimbi’ Kadungurewho died in a horrific Rolls-Royce accident on Sunday, died a day before he was supposed to sign his last will and testament.

The flamboyant businessman is reported to have had a premonition about his impending death, which resulted in him outlining how he wants his funeral and burial to be conducted. He is also said to have outlined how he wants his assets and wealth to be distributed after his death.

This was revealed by his father Anderson Kadungure in an interview with The NewsHawks. Kadungure told the publication,

“It is hardly surprising, in the past few weeks or so, Genius would make reference to his own death, but we were not sure of what that was coming from, although I believe that it happens in life.

“Some people can predict their own death either through dreams or when they consult spiritual travellers or prophets. In this case, I shudder to think how it was revealed to him. But he spoke about where he wanted to be buried to six members of the family, including his senior maid.

“And also he had drafted some kind of a Will which he and his lawyers were to sign on Monday (9 November) but unfortunately, he died a day before.”

According to his relatives who spoke to the publication, Ginimbi declared that he wanted all his designer clothes and expensive clothing labels to be burnt after his funeral.

He is also said to have declared that all his expensive luxury cars should be sold and the money given away to charity. Ginimbi owned many ultra-luxury supercars which include a Bentley Continental GT, Range Rover, Lamborghini, Ferrari, Rolls-Royce Ghost and the Rolls-Royce Wraith which was burnt to issues in the accident. The car collection is estimated to be worth US$5 million.

He also declared that his palatial mansion in Domboshawa should be turned into a museum or a luxury hotel. However, his former partner businesswoman Zodwa Mkandla is reported to be challenging for ownership of the house.

However, since the flamboyant socialite was yet to sign his last will, it is not yet clear if his relatives will follow through with his wishes.

Next Prophet Bushiri and his wife Mary run away from SA to their home country, Malawi

Popular Sangoma reveals how Ginimbi made his money

Ginimbi takes his dollars to the grave, to be buried with stacks of money 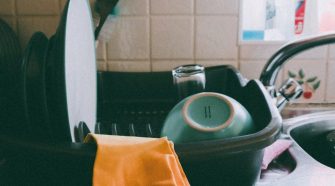