Pregnant matric student who was kicked out of school for having unprotected s.e.x fears for her Exams

Covid-19: Old Brown Sherry not the cure for Covid-19

Harassed and victimised after voluntarily disclosing her Covid-19 infection

Teddy’s mother Zodwa is revealing her true colours on #Gomoramzansi

Kagiso has joined the sad list of fallen Angels in South Africa.  She was found murdered in her mother’s house after having a conflict with her boyfriend.  The two were in a 3-year-old relationship.

It is alleged that the boyfriend strangled her with an electric cable before stabbing her to death.
According to the neighbor, Kagiso Kale’s mother and a few community members found her lifeless body lying in a pool of blood and a few broken furniture, evidence that she bravely fought back.

“Kagiso died a painful death, there was evidence of fighting on the crime scene, she was strangled by an electric cable and stabbed to death. When her mother returned from work she found the gate unlocked with the padlock dangling on the gate a sign that something was unusual because her gate is ever locked.

She was scared to enter the house on her own and called my aunt that’s how they discovered her dead body in a pool of blood,” he said.

Ga-Madiba village leader revealed that the community is in deep shock by Kagiso Kali’s death and determined to see justice served.

“As the Ga-Madiba community we are in deep shock over the matter, the suspect is known and is also a member of this community. We are saddened by the shocking death of Kagiso Kali a young girl who had a brighter future ahead, she was a role model to younger kids. We will continue to support the Kale family and work with the police to make sure that justice is served,” he said.

Previous We are hungry. We've been hungry for eight months: DJ Tira 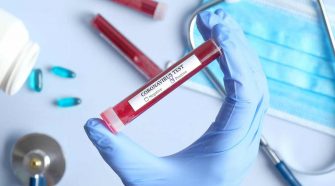