The coronavirus: implications for employers in South Africa

MALEMA: I’M NOT CLOSE WITH ANYONE WHO BENEFITED FROM VBS

News: 1 Million employees in the liquor industry blindsided by the ban on alcohol.

Motorists call for online licence renewals to be scrapped

The social media user known as Mr Handsome is at it again, this time shading people left, right and centre online. The man decided to shade Boity and Mihlali and then clapped back at every lady who attempted to defend them. It resulted in Mr Handsome trending on South African Twitter as social media users responded to his savage remarks.

Haibo, Mr Handsome should consider adding the word “savage to his name. On Wednesday, the social media user caused a frenzy online with when he roasted literally everyone who got in his way.

The tweep decided to shade Boity and Mihlali online, questioning their intelligence. He wrote:
“If one can ask Mihlali or Boity what they think about South Africa’s loan from the World Bank, we won’t get answers.”
He also responded to Boity calling men on Twitter annoying, as well as her response to haters on Mihlali’s post.

“Agg shame…. I feel sorry for all the men who did nothing but are receiving your insults because your ego was bruised by a simple tweet. No one cares about your sexuality or what what, you just saying that to get reaction from fake feminists. The story is about ‘World bank loan’.”

Fans of both women immediately decided to put Mr Handsome in his place but they ended up becoming his next targets instead.
Mr Handsome ripped everyone who tried to shut him down a new one and it resulted in him trending online. 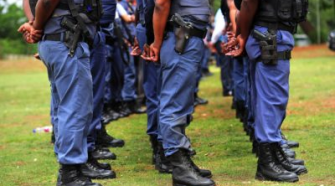