Prophet Bushiri and his wife Mary run away from SA to their home country, Malawi - Taxi Times

Girl, 13, “pregnant by boy aged10” is rushed to hospital with birth complications

Zindzi Mandela tested positive for Covid-19 when she died: report

President Ramaphosa says COVID-19 is far from over, warns of rising infections in EC

They were only allowed to travel within Gauteng and North West until the case was finalized after being granted bail of R200 000 each by the Pretoria Magistrate’s Court on November 4.

The couple, who are now in Malawi, and their three co-accused face fraud and money laundering charges related to an investment scheme valued at about R102 million after being arrested in October.

Explaining why they have left the country, Bushiri said in a statement on Facebook on their arrival in Malawi that they fear for their safety and he wants several demands met before returning for trial.

“I would like to inform the general public that my wife, Mary, and I are temporarily in our home country, Malawi, because of safety and security fears since 2015, matters that got worse when we just got out on bail,” the statement read.

‘’There have been clear and evident attempts to have myself, my wife and my family killed and despite our several attempts to report to authorities, there has never been state protection.

“Our coming to Malawi, hence, is a tactical withdrawal from the Republic of South Africa solely meant to preserve our lives.

’’The attempts have heightened with recent spates of arrest and detentions that we felt the only way for us to clear our names before the law is to ensure that our lives are preserved.

“My wife and I strongly believe in our innocence but this cannot be proved if our lives not preserved. We have to be alive to testify to our innocence.”

As part of their strict bail conditions, Bushiri and his wife had to hand in the title deed for their property in Centurion as a guarantee. They were also not allowed to make any comments in their church services about witnesses, the prosecution team, and those involved in the case.

All of the accused had to report at a nearby police station on Monday and Friday between 6 am and 6 pm.

“Accused number four and five (the Bushiris) are barred from travelling anywhere else in the Republic of South Africa. They can only travel within Gauteng and North West province until the case is finalized,” magistrate Thandi Theledi had said.

Previous Ginimbi’s Will details revealed, requested all his clothes to be burned after the Funeral 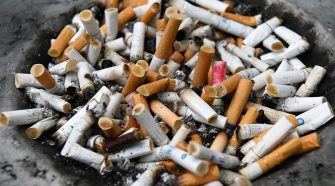 Lockdown latest: cigarettes will be prohibited