Police in Gauteng has launched a manhunt for three suspects who allegedly killed a taxi commuter during an armed robbery in Roodepoort on Tuesday.  The deceased is a woman who was in the taxi when the three suspects stopped the vehicle.  Police spokesperson Captain Kay Makhubele said: “Preliminary investigation revealed that the victim was in a taxi when three men stopped the taxi at the Main Reef Road traffic circle to ride as passengers.”

“A few minutes later, as the taxi was driving along next to old Roodepoort mine, the driver demanded payment [from the suspects]. Instead, suspects took out a firearm and shot the driver and the woman, who died at the scene.”

Other passengers were robbed and the taxi driver had to be rushed to hospital.

“Police are appealing to any member of the public who might have witnessed the incident or who has information that can help in the investigation to please call Crime Stop on 08600 10111 or via MySaps app. Callers can remain anonymous,” said Makhubele.

Next Domestic workers Most Exploited 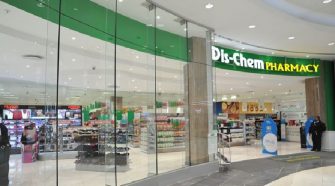